Skip to content
An alliance of groups resisting HS2, the ecocidal and carbon intensive High Speed train line that will cost the UK taxpayer more than £200 billion.

Welcome to the special edition of the HS2 Rebellion Newsletter!

This issue is dedicated to all the brave Extinction Rebellion and Stop HS2 activists who took action on the 9th of October, from Euston to Lichfield. We are here to thank them, recap the highlights of this extraordinary day of National Rebellion and remind you of all the ways in which you can keep acting, so that the wonderful momentum of this action does not dwindle. We must ACT NOW to stop HS2!

Euston   Friday morning in London saw campaigners take to Euston square in solidarity with the ‘Extinction is forever’ campaign. The past week in Euston has been unabating – activists have seen their beloved trees along Hampstead Road being felled. On Friday, Londoners flocked to Euston to join the activists against HS2. They ran between and blocked the 17 HS2 site entrances causing disruption to the project. Alongside this, a great deal of noise and anger was made on Hampstead Road as HS2 cut branches off mature trees, whilst activist Larch was still occupying one of them! The afternoon was accompanied by samba and halloween-esque costumes as campaigners dressed as witches leafleted commuters sharing vital truths about the destructiveness of this project.

Since Friday, HS2 has gone full speed ahead felling the trees on Hamstead Road. Dorothea, local activist, described HS2’s actions as “butchering […] with no rest or respite”. On Sunday, brave tree protector Dr Larch Maxey was evicted and arrested after five days of resistance, witnessed by a crowd of ground support. Thank you, Larch.

In Denham, Extinction Rebellion and Stop HS2 activists started at sunrise by blocking the entrances and exits to the West Hyde HS2 compound. Successfully mounted on five 8-metre-high bamboo structures, and with road locked-ons, the brave rebels halted construction works from dawn to dusk. This disruption caused such a backlog of trucks on the M25 that Hertfordshire police had to close it for an hour. The turnout and support for the action was extraordinary.

Elizabeth Cairns, Extinction Rebellion spokesperson, said: “So many individuals came together, each finding their perfect role in the greater whole to create something very powerful that was a literal beacon of hope for those who have struggled so long against HS2.”

Three activists managed to enter the Chiltern tunnel compound, accompanied by the Red Rebel brigade, and let off flares above the tunnel face. This tunnel is scheduled to be dug early next year and cause irreversible damage to this beautiful area – it must be stopped before it begins.

Rob Callender, Extinction Rebellion spokesperson, regretted the absence of the press to report “the fact that over 200 rebels of all ages and backgrounds took our common future in their own hands and actively and non-violently resisted the horrific destruction of HS2, including 20 who dared to be arrested”.

Cubbington gathered support from around the UK, with people of Extinction Rebellion, STOP HS2 and beyond coming from as far as Cornwall, Chester, Cambridge and Scotland! Victoria, STOP HS2 activist from Warwickshire, said: “They were truly shocked by the vast devastation and also the unnecessary roughness of the orange workers and NET”.

By Rugby Road, where the protection camp used to be, activists were accompanied by the samba band and applied pressure by the fences to the HS2 compound. Some successfully caused disruption by climbing over and peacefully sitting down, only to be forcefully removed by NET officials and HS2 workers, with excessive force.

The action was extremely successful in “raising awareness and getting Warwickshire folk to take part”, said Victoria. There was a beautiful moment when a poem, written by a local lady, was read by a young tree protector – a moving example of people coming together to stop this ecocidal project.

Extinction Rebellion Midlands and STOP HS2 activists in Lichfield gathered in front of the gates of the HS2 compound for a day of disruption, outreach and football. The action had a fun element of giving HS2 the red card, in a match of HS2 vs STOP HS2. However, as Hazel, XR activist, reminded us: “it’s not a game, HS2 is playing with our future”.

One activist entered Big Lyntus Wood and occupied a giant tree lopper for approximately three hours, preventing HS2 work from continuing. The compound gates on Netherstowe Lane were blocked and activists prevented a large digger from leaving the site – this machine was held back by about seven hours before being slow-walked by protestors from the site.

“We were joined by samba drummers, and grateful that a local person supporting us provided hot lunches for our crew”, said Hazel.

WHAT NEXT?: advice from the ground, and a list of resources

“What we can all do now is recognise the urgency of this climate and ecological crisis. Really let it sink in. Be with the grief and the heartache, the sorrow and the pain, realise that there is no getting away with business as usual any more and let that move us to decisive and meaningful action.” Elizabeth Cairns

Join your nearest camp or form a local group to plan disruptive actions to delay HS2 work and raise awareness.

“We must keep up the resistance. And we must be creative about how we do it and that means hard work. Active resistance against the elements destroying our planet cannot be the thing you do in your time off – we have to make it into a way of life that does not forget the bonds of community and family, love and friendship, that are necessary for our bodies to function and thrive. We must no longer wait for a rebellion date to be announced. The rebellion is now. Get organised and go. With Love and Rage.” Rob Callender

WRITE TO YOUR MP  This week Matt Western MP asked a question in the House of Commons calling for a debate about HS2 and the working practices of the National Eviction Team. Please write him a quick email to thank him.

Also, please write to your own MP. If you haven’t written to them before about HS2, then please explain to them, in your own words, how you feel about it. Don’t be afraid to make it personal. Despite what we read, MPs are human and do respond to personal stories.

Ask them if they would be willing to ask a question at Transport Questions on the 22nd of October, and invite them to come out to Carriage Gate on that day to speak to the Westminster Rebellion activists.

And if you can, please join us. t.me/WestminsterRebellion

“Make sure your MP doesn’t stand by in the face of the High Speed Rail Link to Climate Catastrophe, you can find their contact details at www.writetothem.com” Elizabeth Cairns

If you are from a local area directly affected by HS2, work to inform your community.

“We need to move some attention to outreach in the local area to alert local people to the extent of what is going to happen – many seem quite oblivious to the impact it is going to have.” Hazel, about outreach actions in Lichfield.

“We are encouraging locals to come and help, to write to their MP and local contractors to voice their sadness and disgust at how they are complicit in destroying Warwickshire.” Victoria, about outreach actions from the Welsh Road camp.

SPREAD THE MESSAGE Contact your local newspapers and ask them to write about the social, environmental and economic impact of HS2, talk to your loved ones, debunk some myths.

SEEK OUT HAZELNUTS On Friday, we will release a complete guide on surveying for evidence of dormice at camps and woodlands along the proposed line. Dormice are a protected species which feed on hazelnuts and anyone can help us find evidence of their presence! If we are able to find evidence of dormice at areas affected by HS2, this will delay the building works as the company is yet to carry out a dormice survey at the sites. 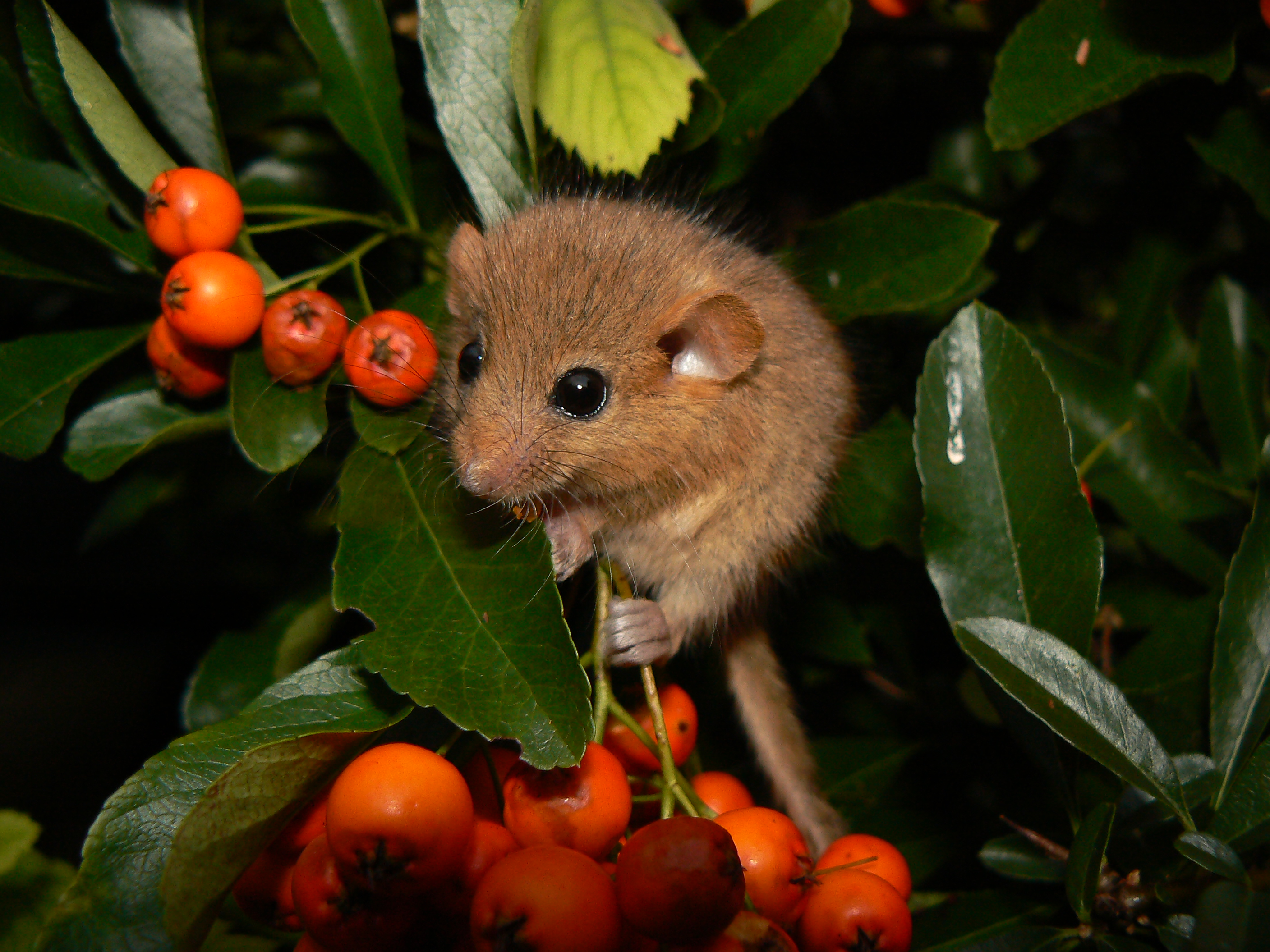 THANK YOU to everyone involved in this day of action for our futures, and against the horrifying devastation caused by HS2. We love and appreciate you. Let’s keep organising and fighting. Together, we will stop them.

HS2 Rebellion is an alliance of groups and individuals campaigning against HS2, including but not exclusively: StopHS2, Save Cubbington Woods, Crackley Woods protection Camp, Denham Ford Protection Camp, Poors Piece Conservation Project and XR. HS2 Rebellion does not represent the protection camps and each camp is independent from each other. It is entirely distinct from Extinction Rebellion but does form part of the Movement of Movements.